My father-in-law Bill owns and operates a private fishing tour company, centered on a vintage 100-year-old tugboat called the Amak.  They tour out of Port Protection, Alaska.  We have been on several of these fishing tours, which are simply spectacular.
As a Christmas gift for Bill, my wife and I decided to create an Amak cookbook.  We thought it would be fun to give clients a preview of the kind of fresh-caught cuisine they would experience on their Alaskan adventure.
Based on our knowledge of the local seafood, and the kind of cooking Bill and his crew generally do, we invented 6 recipes.  These recipes were carefully crafted to include ingredients either harvested from the wilderness of Alaska, or readily available in those far-out locations.
Using the many photos I have taken while on our Alaskan adventures, I laid out a cookbook with easy-to-follow instructions for each recipe.  The booklet was designed to be printed on small, double-sided, laminated cards and bound together with a removable ring.  This would allow the chef to pick one recipe for that evening's meal.
I used Adobe Illustrator and its professional-grade printing tools to deliver the final product.  It was printed, laminated, bound, and gifted to Bill.  The combination of his favorite meals and photos of his favorite place was a real hit.
The cookbook is reproduced here, complete with the printing guidelines. 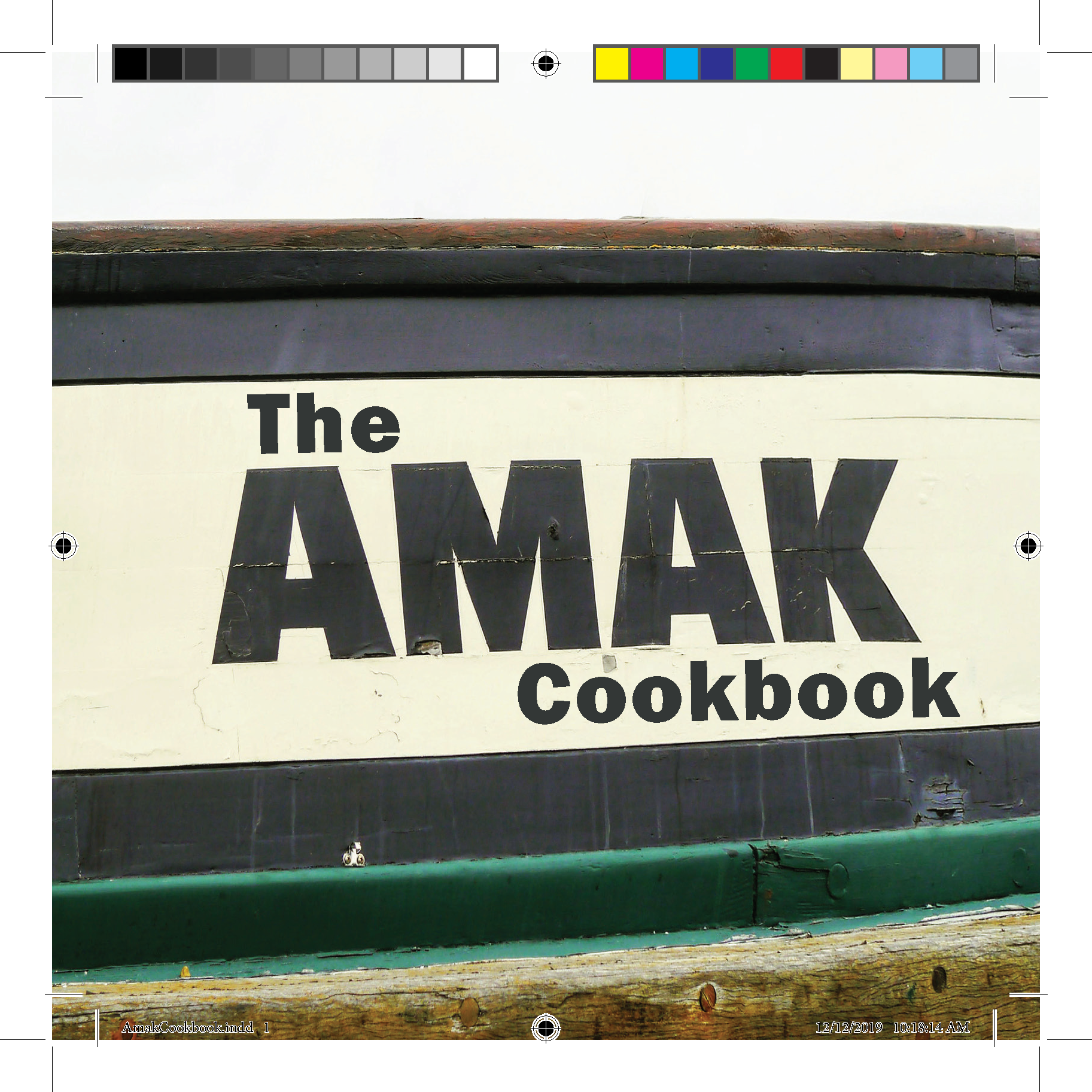 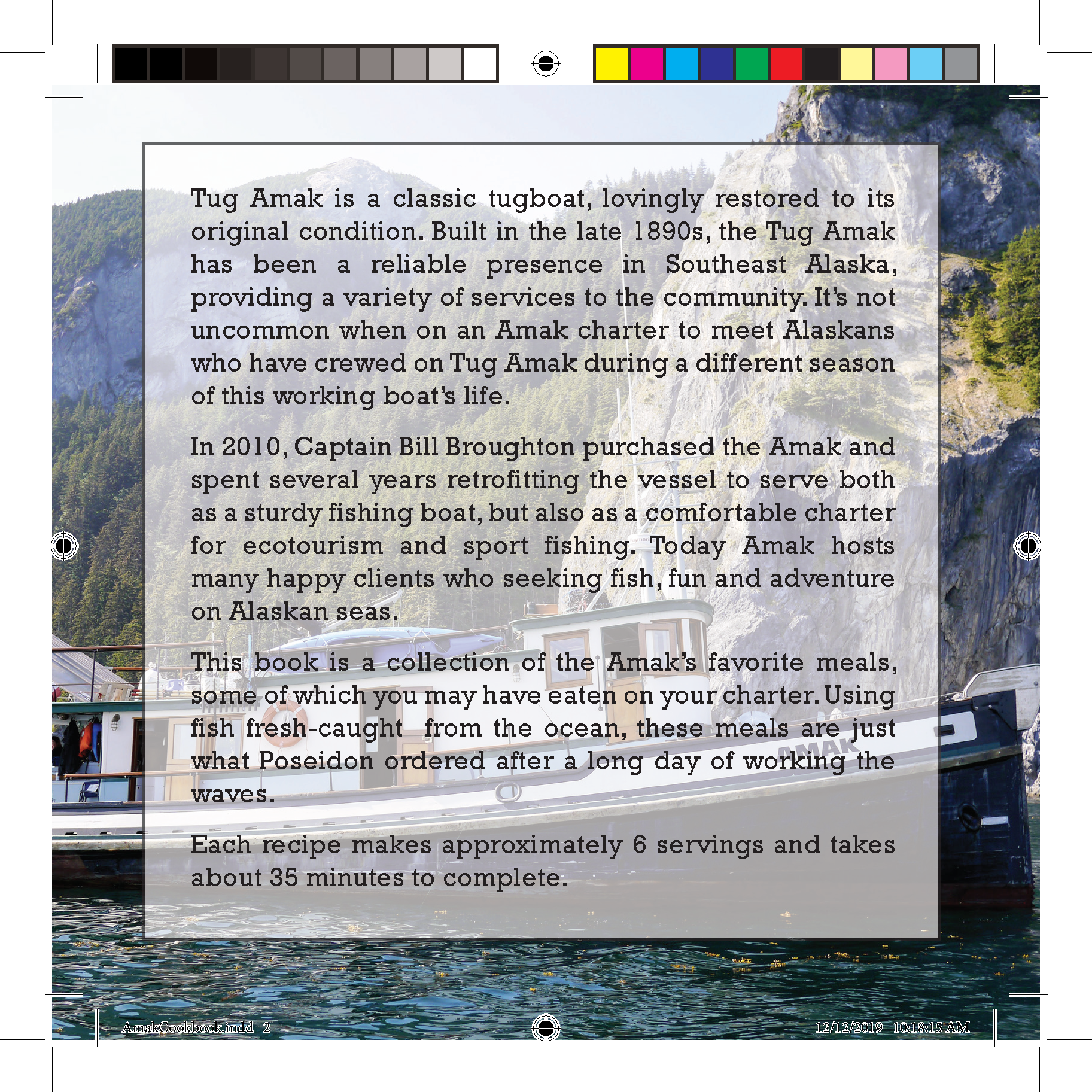 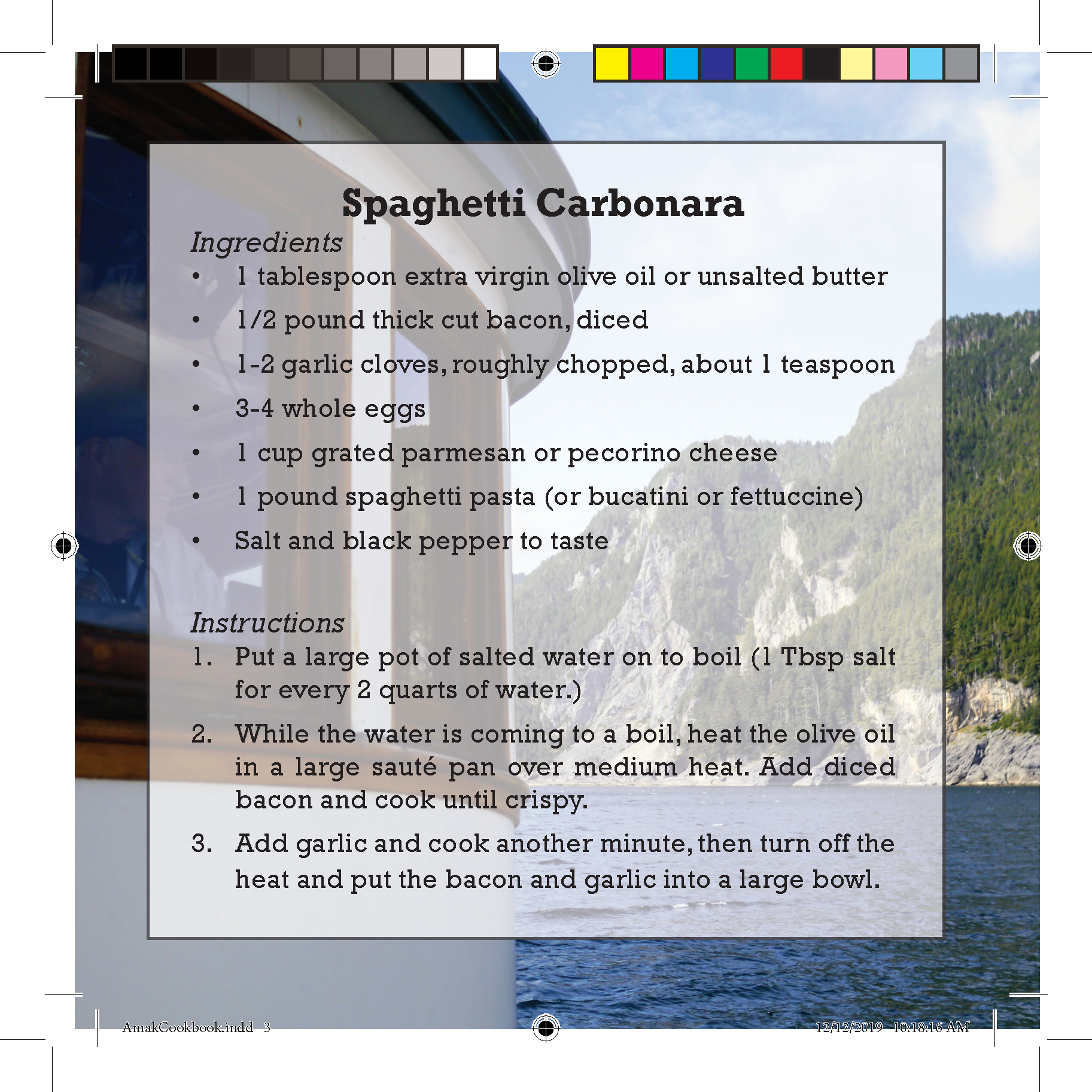 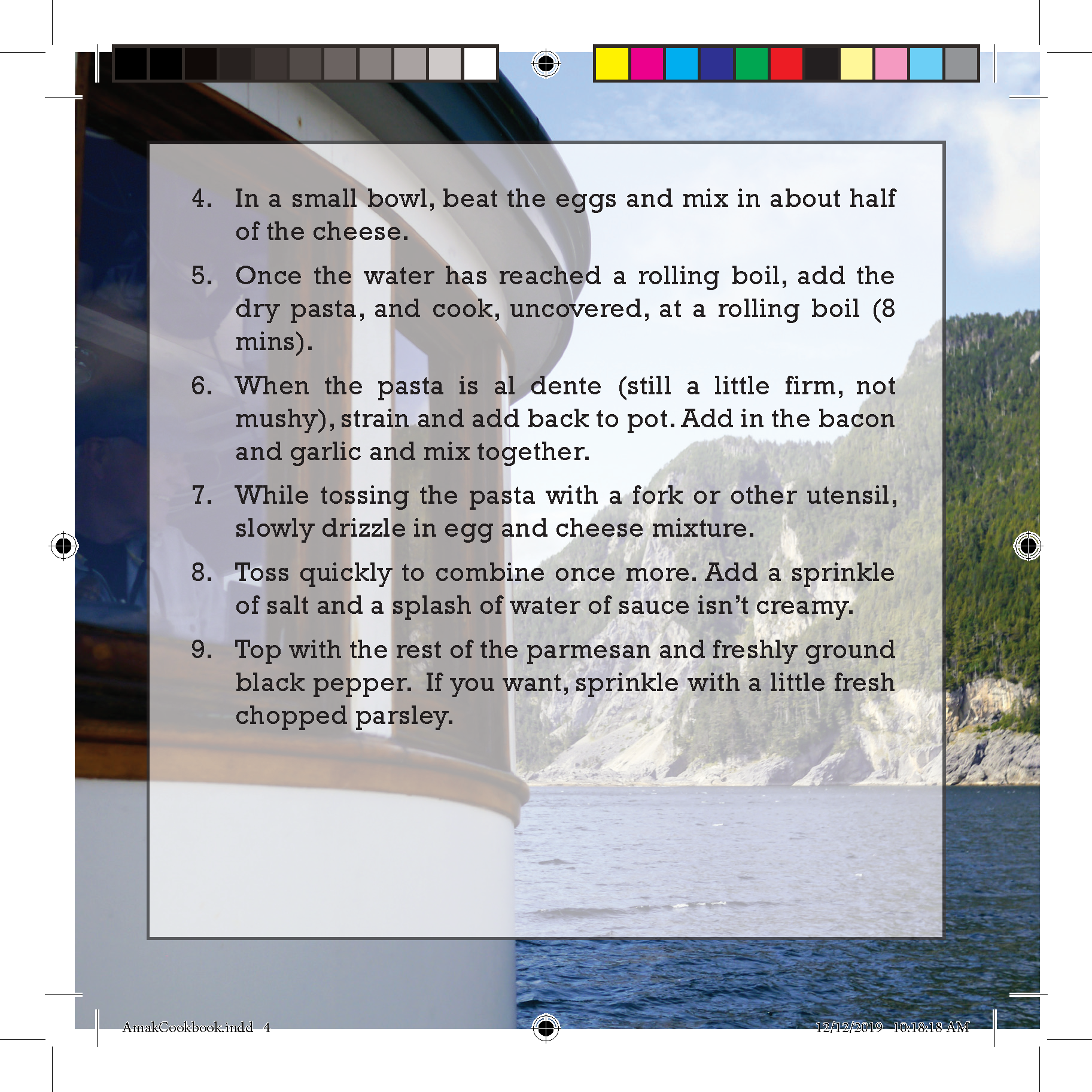 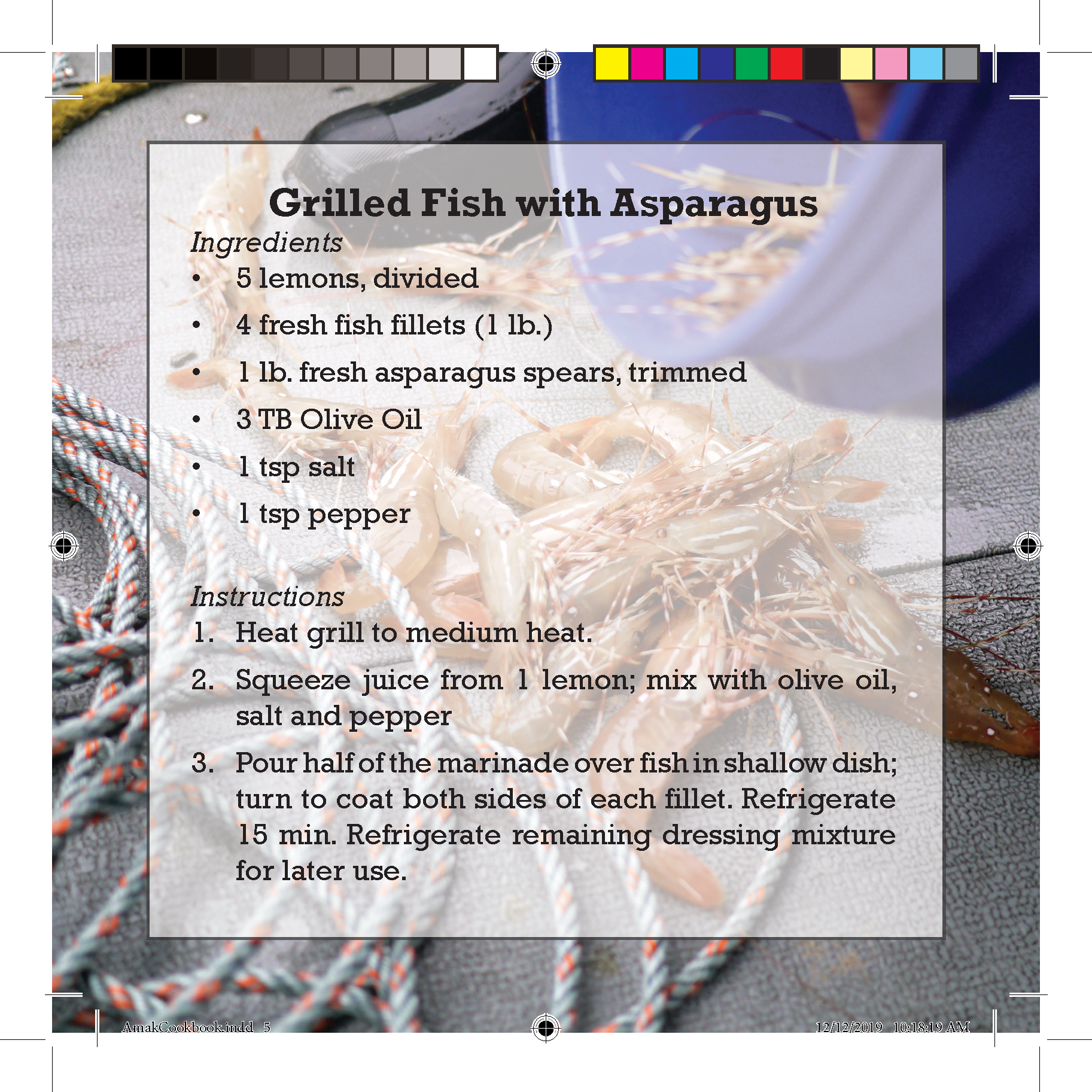 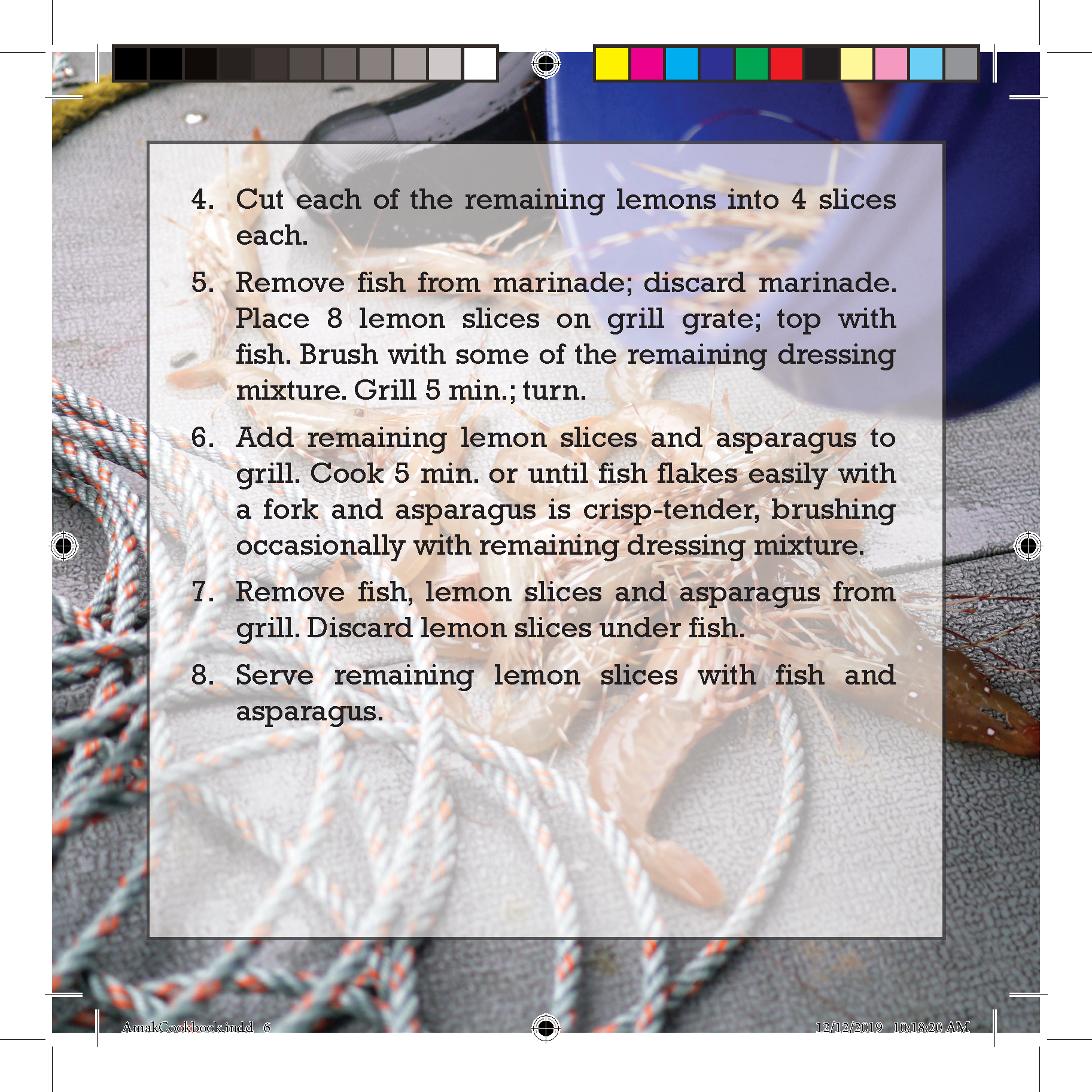 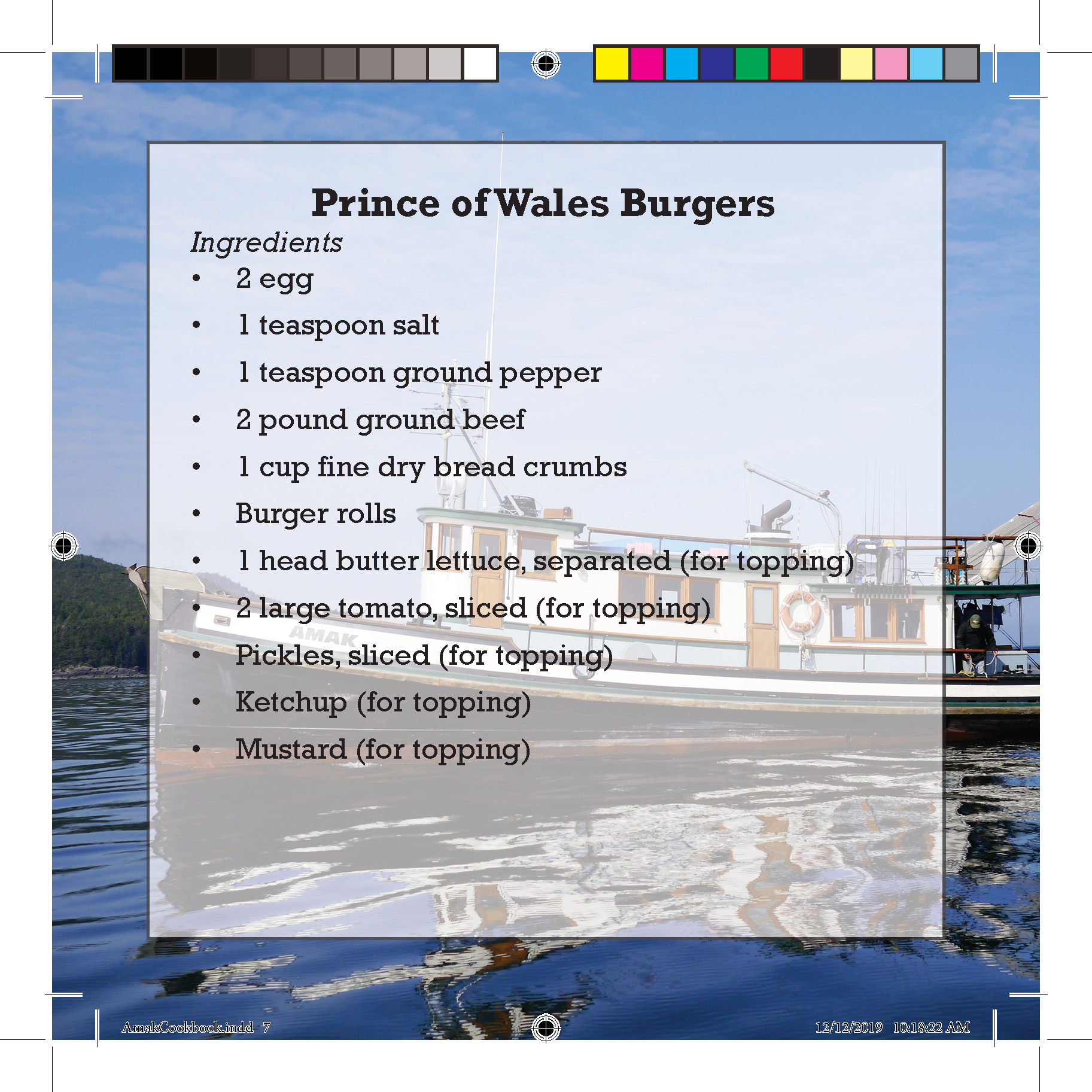 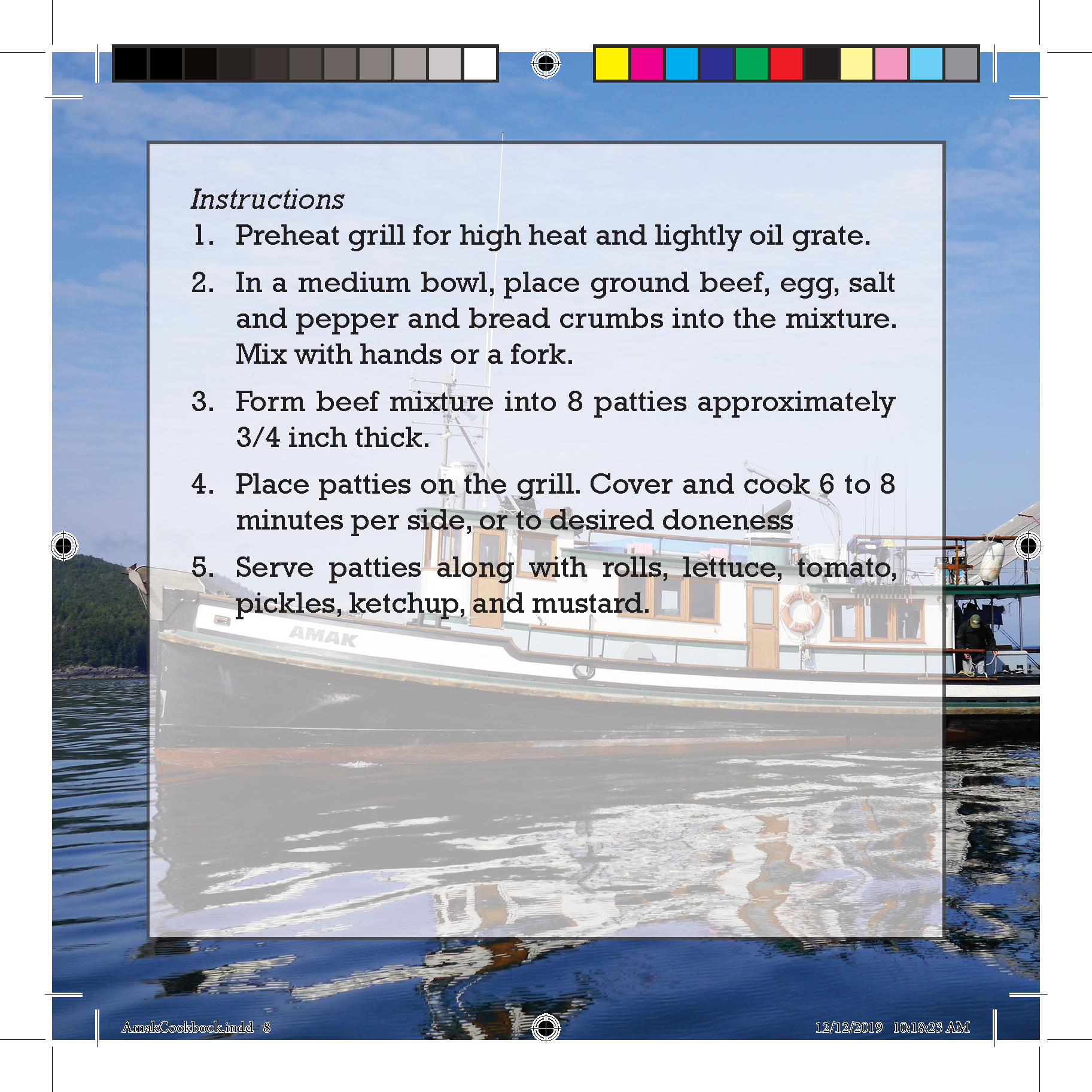 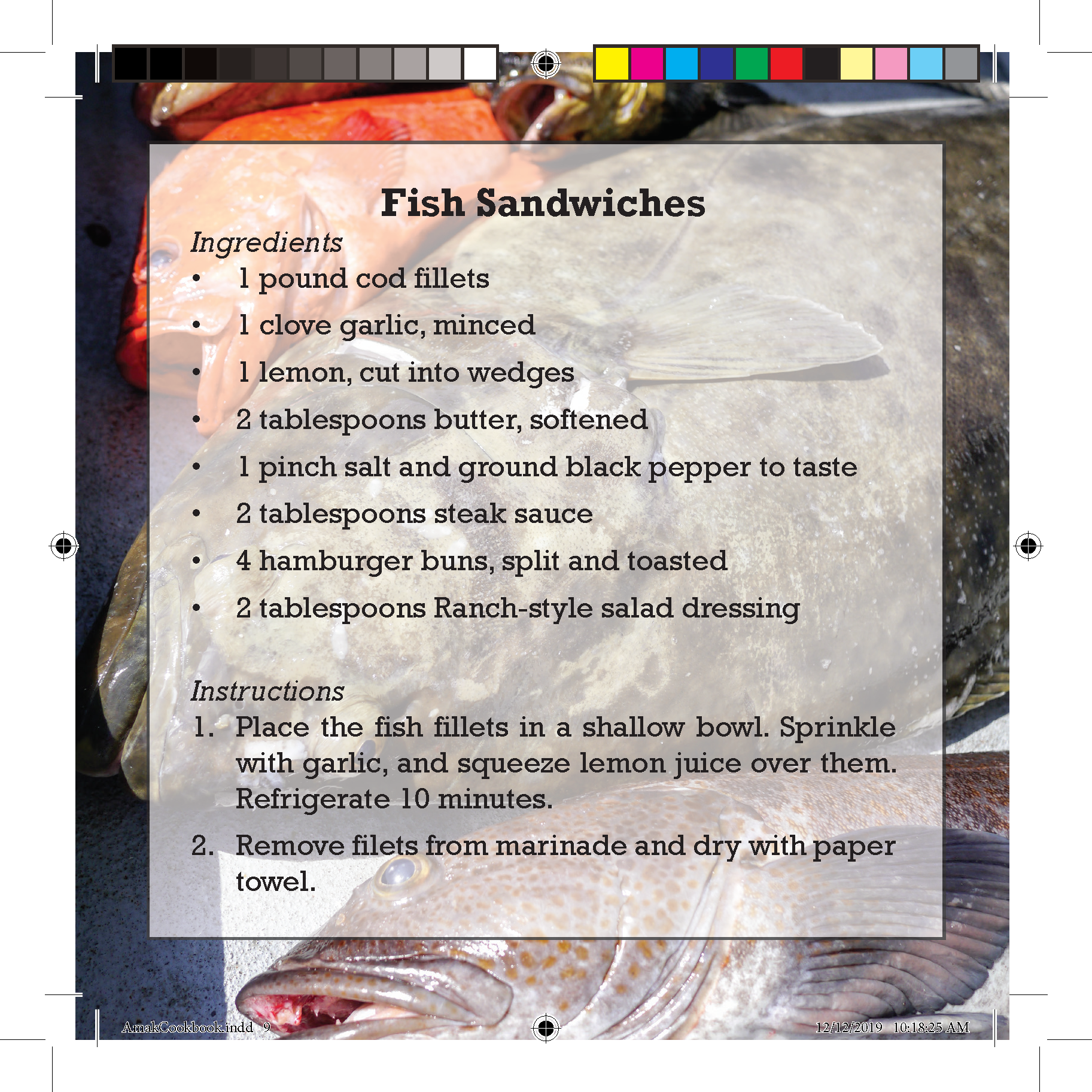 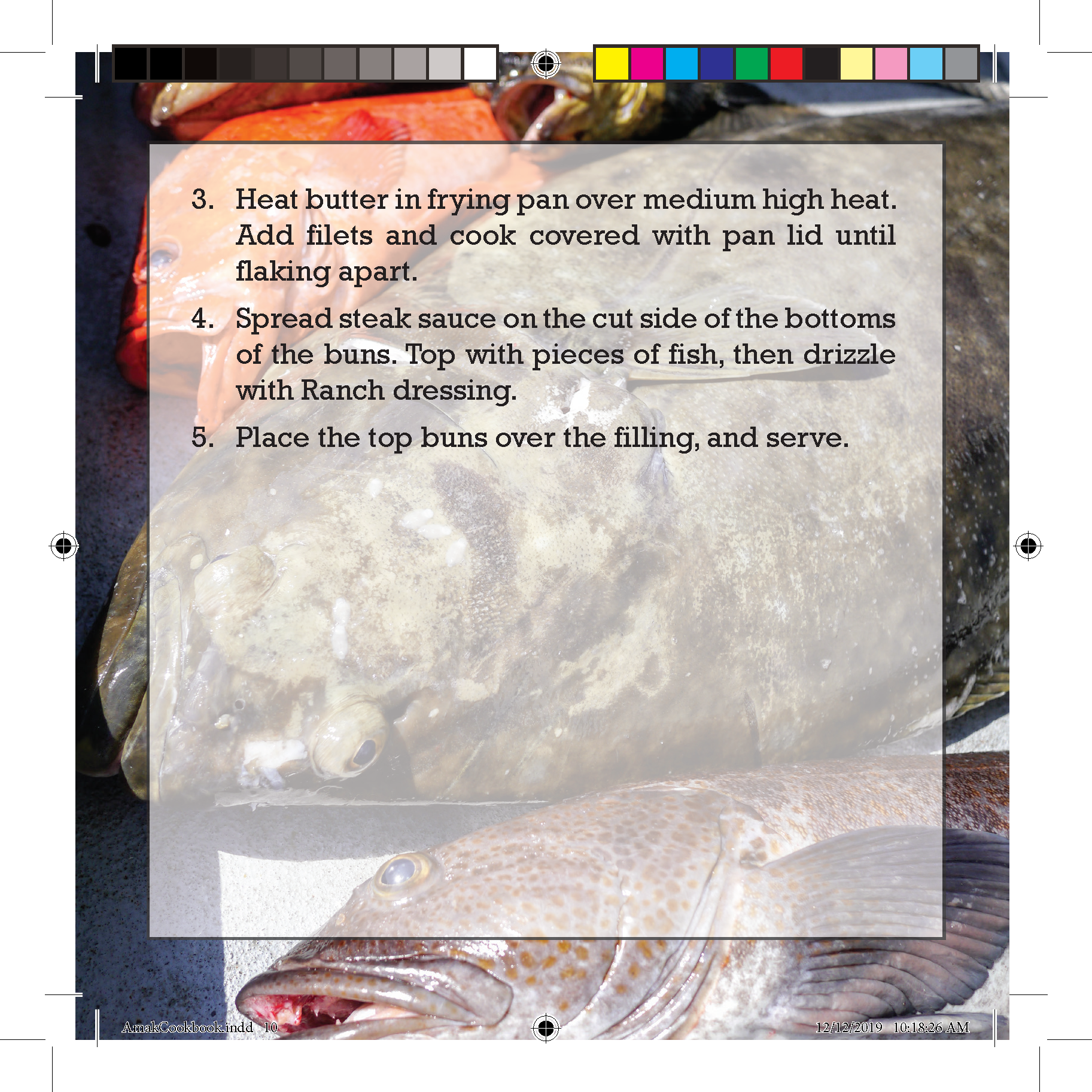 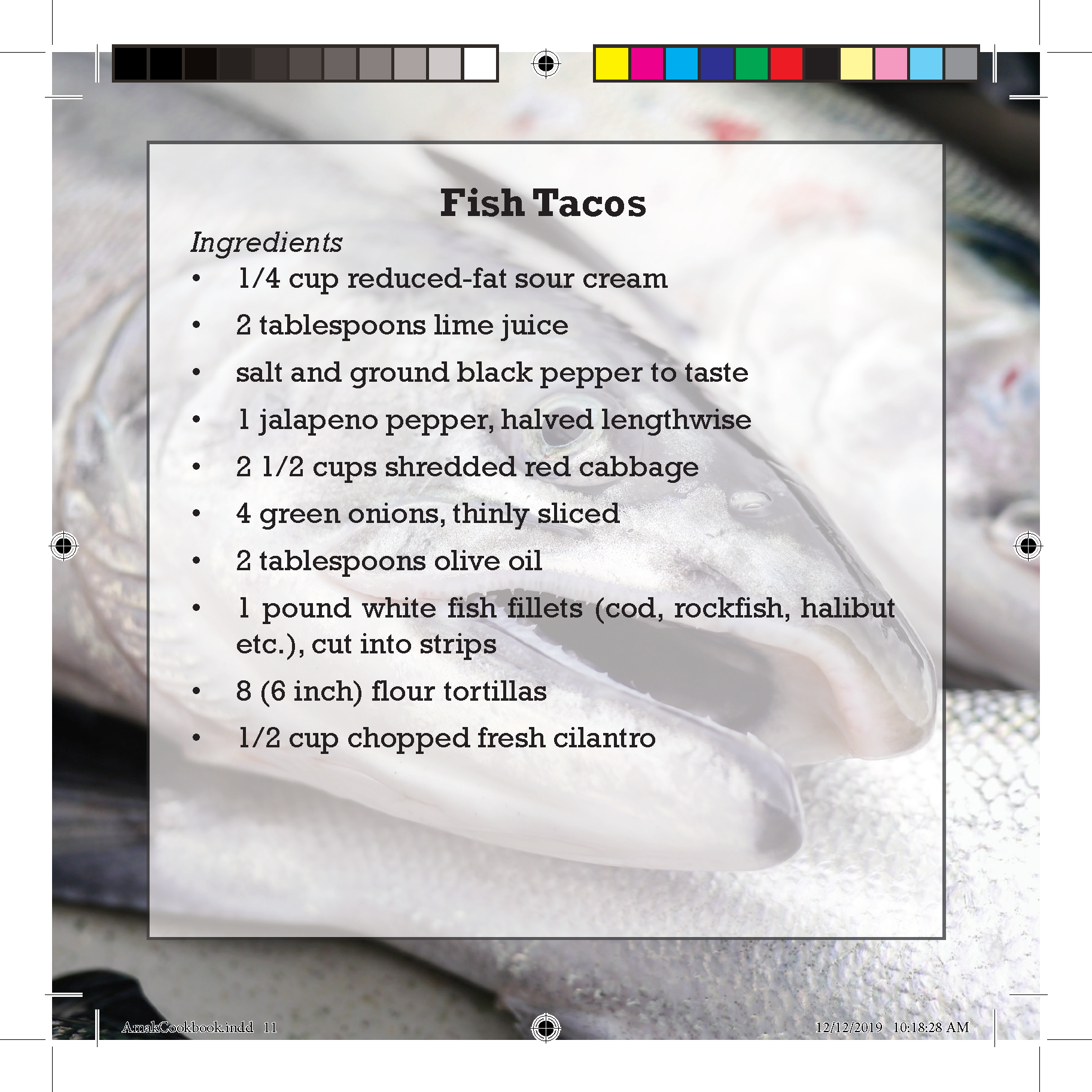 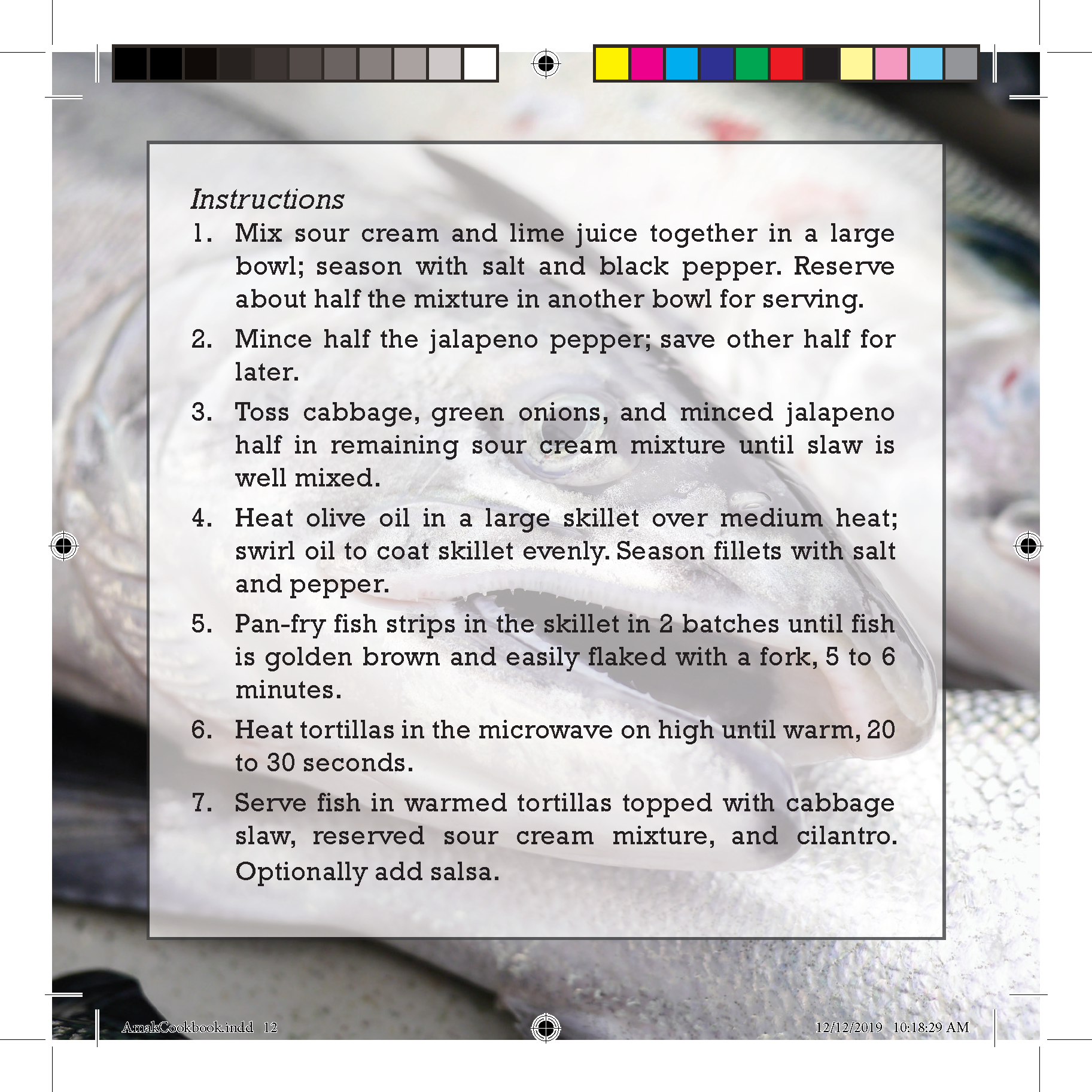 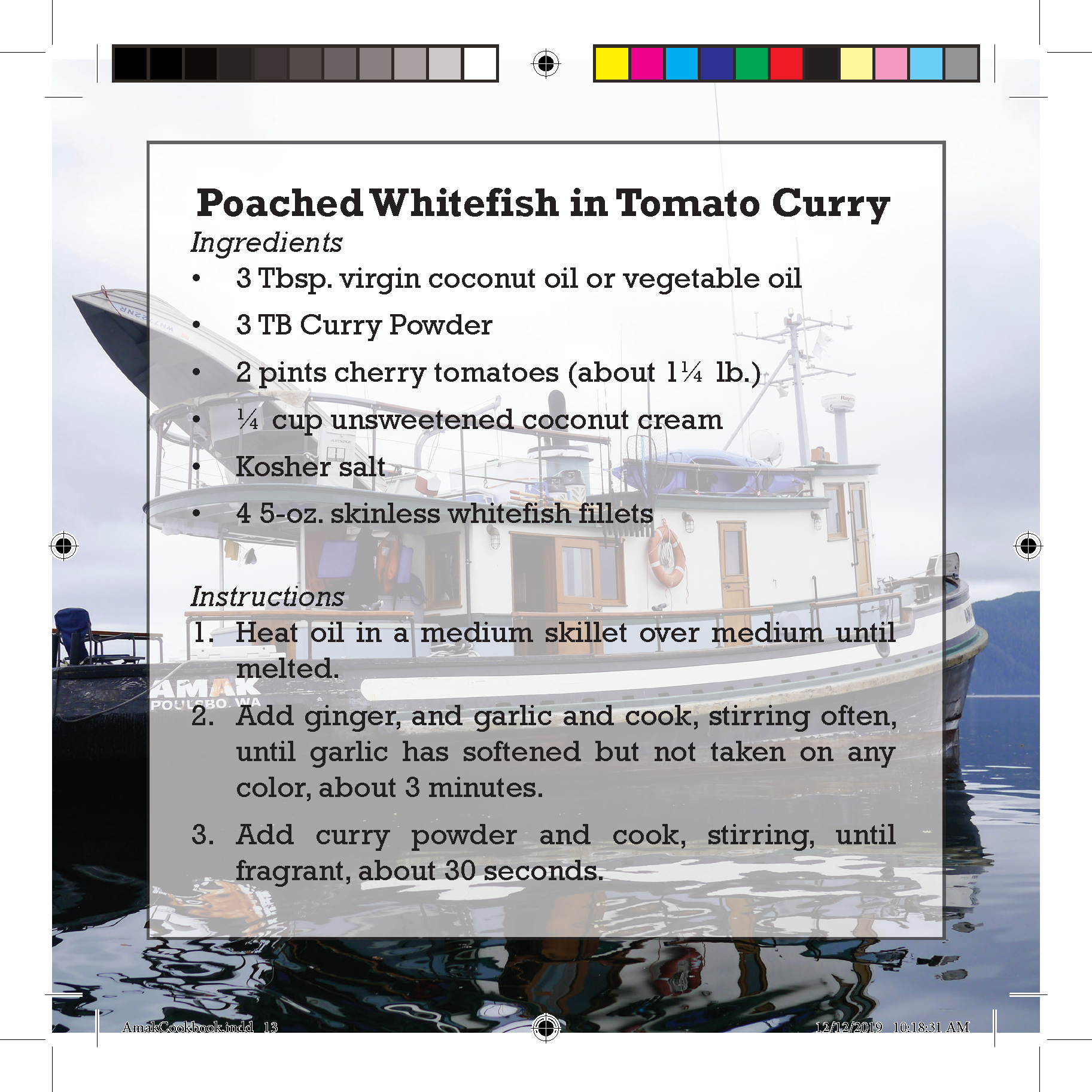 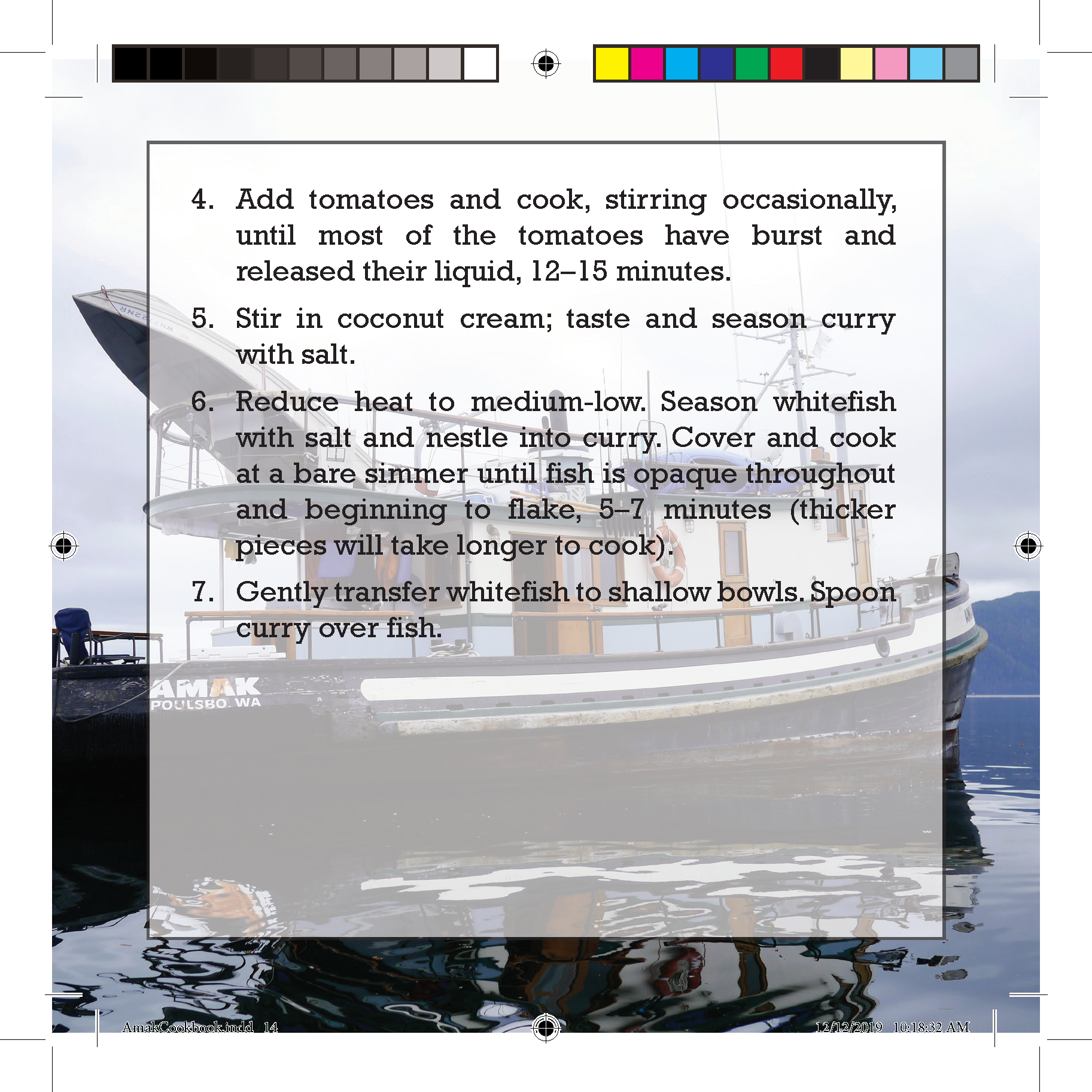 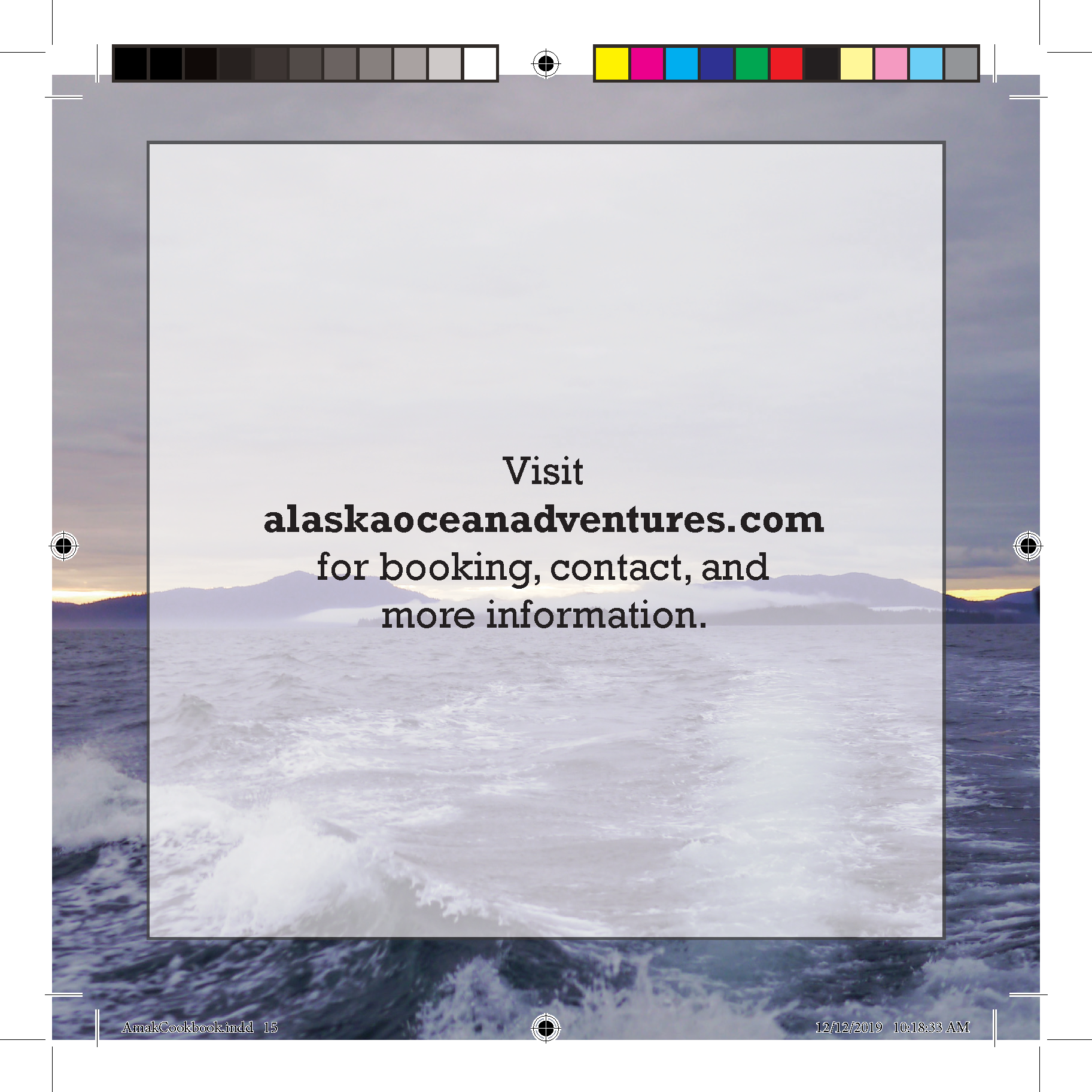 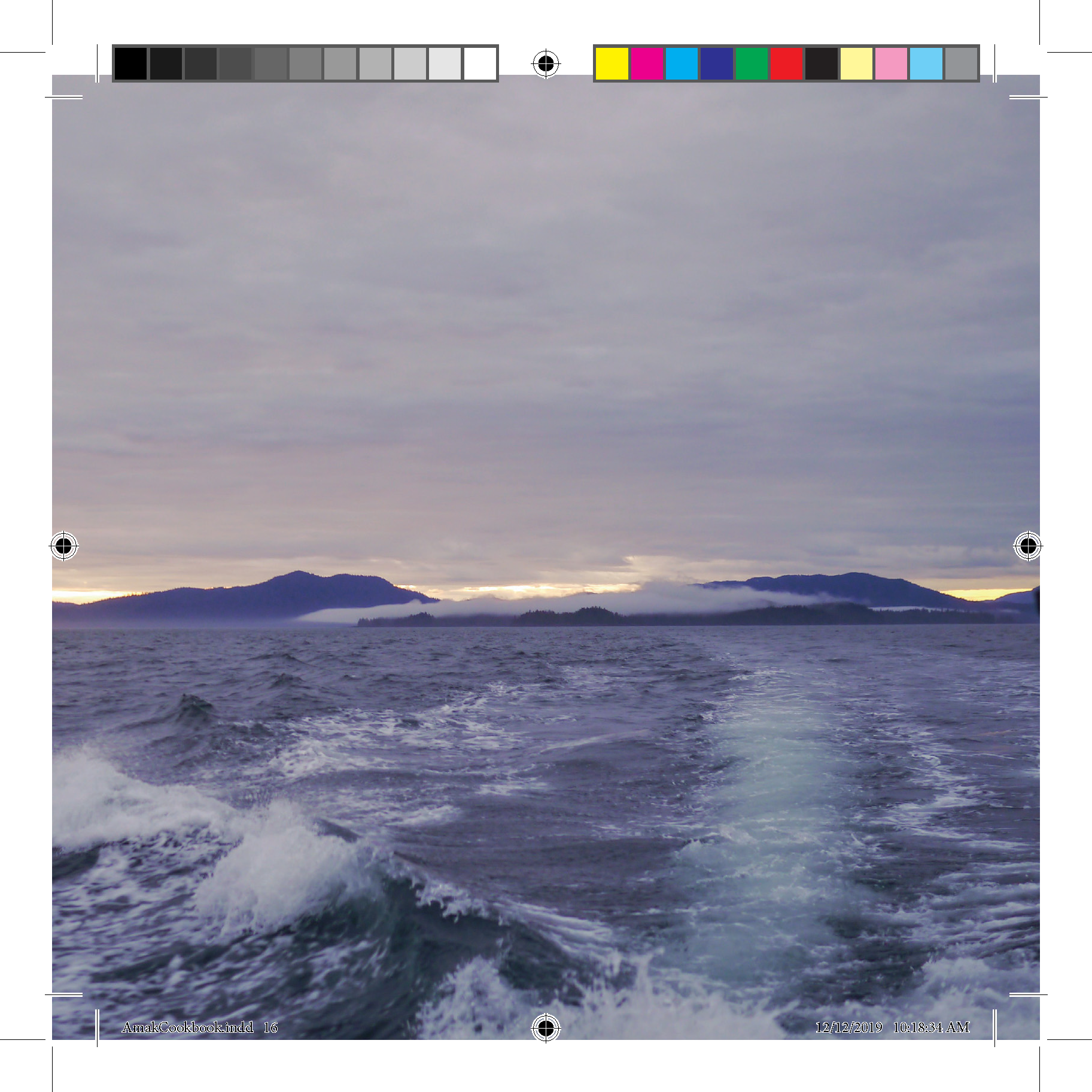